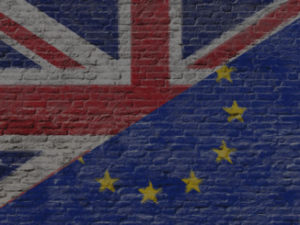 Haulage and logistics firms have welcomed last week’s General Election result which paves the way for Prime Minister Boris Johnson to finally push through his Brexit deal and give greater clarity to business.

The government is also aiming to guarantee the UK fully leaves the EU, with or without a trade deal, by the end of 2020 with a radically altered bill that will prevent Parliament from extending the transition period.

A vote on the bill is due on Friday (20 December).

Speaking to motortransport.com, Andrew Baxter, MD of Dartford-based Europa Worldwide Group said: “I am delighted with the result – with Boris Johnson now having the clear majority to follow through and deliver Brexit, we believe it gives a much clearer direction.

“The result has created a certainty for customers in the sense we know Britain is going to leave the EU, although the exact timing is currently unclear, but most importantly it removes the uncertainty of a second referendum.”

A committed Brexiteer, Baxter revealed last month that Europa had spent at least £1m on Brexit preparations in 2019 alone but claimed turnover would still be up by 22% to £220m and profits to over £6m.

He insisted he remained “optimistic” that the government will be able to negotiate a clear trade agreement with the EU and give “sensible notice to operators in relation to both the customs arrangements that will be in place and the level of tariffs that will apply”.

However, he admitted the question the sector now faced was timing of the UK’s departure – and how to ensure it was fully prepared.

“As far as we are concerned, providing we have reasonable notice of the processes and tariffs and the implementation date then we are very confident that we can deliver a smooth transition for our customers,” he said.

David Emslie, group strategic development director at the Swain Group in Kent, admitted “uncertainty” brought about by the Brexit debate had made 2019 “a challenging year”.

However, he said the election result gave him greater optimism for the year ahead.

“Many of our customers have been forced to delay projects or had their own sales reduced by concerns over Brexit being unresolved,” he said. “I believe we can all look forward to a 2020 which will see renewed vigour in our market place and an increase in those infrastructure projects which have always been a core competence of the Swain Group’s logistical activity.”

Emslie said recently released results for 2018/19 showed the business had grown in both revenue and profitability but he cautioned that this year’s Brexit challenge was likely to have some influence on results for 2019/20.

Meanwhile, Jayne Masters, sales director at Bedfordshire-based Miniclipper Logistics, also sounded a note of caution: “We would only add that we should see some pressure taken off the demand for warehousing,” she said. “Clients seem to be clearer about the stocks they need to hold in the UK. Let’s see what February brings after it’s ‘done’.”